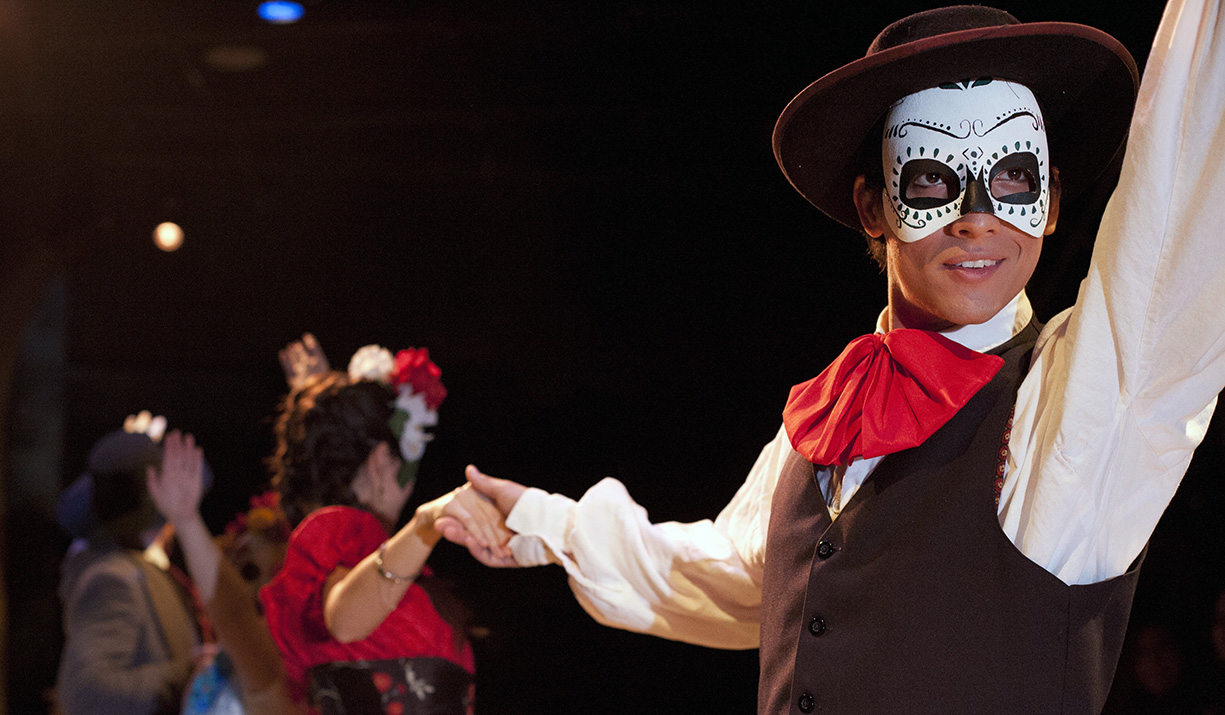 B.F.A. in Acting for Theatre, Film, and Television

B.F.A. in Acting for Theatre, Film, and Television

Catholic University’s B.F.A. in Acting for Theatre, Film, and Television is a degree for the 21st century.  It operates with the understanding that actors, to make their living, need to be working in film and television as well as theatre.  Our graduating actors will be comfortable in all the media of their craft and gain the skills to start working immediately upon graduation.

The Department of Drama is dedicated to fostering excellence in Theatre Arts within a liberal arts curriculum.  The B.F.A. for Theatre, Film, and Television provides the specificity and studio experience of conservatory training, enriched with the broad knowledge gleaned from a celebrated liberal arts program.  Each semester, B.F.A. candidates will take progressive classes in acting, movement, and voice, while experiencing the richness of the humanities. Our objective is to provide prospective actors with a deep understanding of their art and train the future working artists and theatre visionaries of America.

Within the Nation’s Capital, with its many opportunities for actors in television, film, and theatre, the B.F.A. actor will have the opportunity to intern at area theatres and studios, experience  the dynamic theatre scene, and be mentored by professionals from the area as well as our prestigious graduates.

The culmination of study in this B.F.A. degree will be a Theatrical Industry showcase that presents student work to major theatre, film, and television casting directors and a short film produced with Media Studies and Art Department students, which can become part of an industry reel. These projects will celebrate the students’ work, instill a sense of confidence about who they have become, and provide a bridge to the professional world of which they will take part.

During your time as a B.F.A. student, you will:

Choosing between a B.F.A. in Acting or a B.A. in Drama

The B.F.A. in Acting is a professional degree for the student who enters college already dedicated to a career in acting.  It is for the actor who already knows that acting is their vocation and wants the specific and rigorous training that will lead to the highest reaches of the craft.  The student will engage in a specific trajectory that includes Acting, Movement, and Voice classes every semester so that the student can become accomplished in all styles of acting for the stage, film, and television.

The B.A. in Drama is for the student who is drawn to and inspired by the idea of theatre, and who wishes to engage in all aspects of the discipline.  It is for the student who wants to explore the myriad areas of theatre: design, directing, playwriting, technical skills, dramatic criticism, and acting.  This student could deeply pursue any one of these areas in depth with the ability to concentrate on one of these areas as they choose. This student will be able to achieve a complete, well-rounded vision of the dramatic arts, carve out their own theatrical identity and look toward a future as a practitioner in the field.

Applying for the B.F.A. in Acting for Theatre, Film, and Television

Admission into the B.F.A. Acting program is a two-fold process. You must apply for admission to Catholic University through the Common Application, as well as audition for the program through the Acceptd platform.

Auditions can be done before, after, or concurrently with the application to the University.  An application does not necessarily need to be submitted before auditioning, except in the case of Early Admission, but it is highly encouraged.

We hold auditions so that we may assess the seriousness of purpose of the applicants and ensure that the specificity and commitment of the B.F.A. degree is right for you.  We are looking for actors who display joy in the craft, collaborative energy, preparedness, and an eagerness to learn.  The successful applicant will engage in intensive four-year collaborative relationships with the professors of the department and we want to get to know you better.

For this particular degree, we also ask for a one to two-page Statement of Purpose from the applicants. We wish to know more about your passion, drive and ambitions in the field. What is it within the craft of acting that brings you joy?  What is it about collaborating with other actors or directors that inspires you?  On completion of the degree, what are your goals and to what do you aspire? Why is this degree right for you?