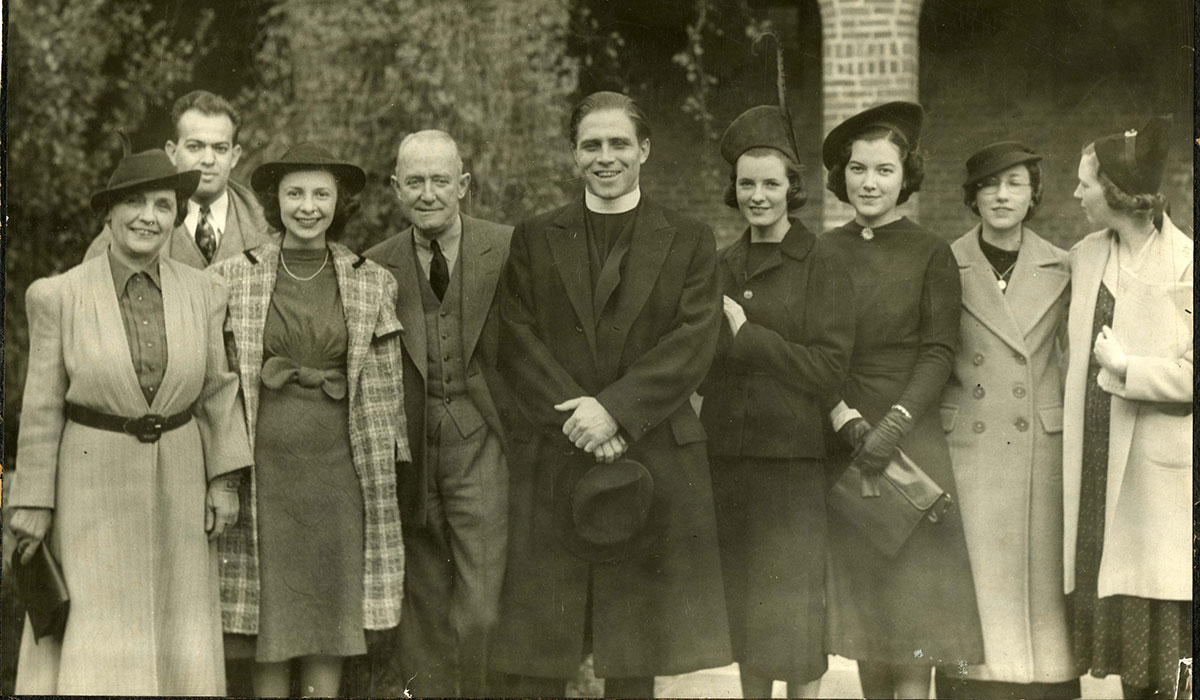 History of the Department of Drama

The Legacy of Father Hartke

“Father Hartke was one of the greatest producers I have ever known,” says Ann Norton (B.A. 1975), the executive director of The Washington Stage Guild. “He had the ability to see potential and figure out how to make that potential happen.”

Norton, along with several drama alumni, including her late husband John, founded The Washington Stage Guild, a professional theater company, in Washington, D.C., in 1986. She was a freshman when the new drama building and theater were completed in 1970 and named after Father Hartke.

One summer, she worked as a driver for him.

“He had a huge Rolodex, and he’d go to these lunches,” says Norton. “He’d go to Duke Zeibert’s [restaurant], which was where all the movers and shakers in Washington went, about three times a week, and I would drive him. I’d walk in with Father and he’d just walk up to tables and say ‘Hello, this is one of my children, I need some money so we make sure she stays in school.’ And these businessmen would open their wallets and give him 500 bucks.” The next thing you would know, she says, there’d be a student in his office “and Father would hand him the $500 so he could register for class.”

Rev. Gilbert V. Hartke, O.P., (1907-1986) was a Dominican priest who headed the drama department from 1937 to 1974. According to a biography Father Hartke, His Life and Legacy to the American Theater, by Mary Jo Santo Pietro, his theatrical past dated from the time he was a small boy in Chicago performing bit parts in a local film company’s early films. He continued to build his theatrical and oratory skills through his early adult years; however, he felt a calling to the priesthood and was ordained in 1936.

Coming to Catholic University that same year, Father Hartke built on the early drama education work of two fellow priests, Rev. Urban Nagle and Rev. Fabian (Tom) Carey, who had founded the Blackfriars Institute of Dramatic Art in 1931. Both of them had encouraged promotion of theater within the Church, and for more Catholic playwrights.

Father Hartke founded Catholic University’s speech and drama department (as it was then known) in 1937. He set a heavy performance schedule for the students and brought in professional actors, directors, and playwrights to provide training. In the first decade of the department, six University productions traveled to Philadelphia, including perhaps the most notable, Yankee Doodle Boy, a musical about the life of George M. Cohan, by Leo Brady and theater critic and playwright Walter Kerr, who were both professors in the department.

Opportunities to learn and practice theater arts in Washington, D.C., were almost nonexistent at the time, so in addition to department productions, Father Hartke founded a professional group called the University Players. In 1949, this organization evolved into the National Players, a touring company, with the Olney Theatre in Maryland as its home base.

As theater companies opened over time in the city, Father Hartke continued to arrange internship opportunities wherever available. “Father was very aware of the fact that theater could be a mechanism for work, to help you be solvent and also help you start building that résumé and get that work experience,” says Norton.

Father Hartke remained head of the department until 1974, when he retired. He died in 1986, but left a vibrant legacy of performing arts excellence.

Thinking back on his time as a student, Gene Morrill (M.F.A. 1965) remembered how much he learned from his mentor. Morrill today is a periodic guest director and lecturer at the department, and his theater background includes work as a Helen Hayes Theater Awards judge, and as a former executive director and board member of the Olney Theatre Center.

One important lesson Morrill recalls was “what a real challenge it is to be in a profession where what you do is to give away as much as you can, in the sense of your own talents,” he says. “You work in a collaborative art form. But, basically, even at the end of the final product, you stand up and give it all away. That was the sense Father Hartke gave me as a performer.” 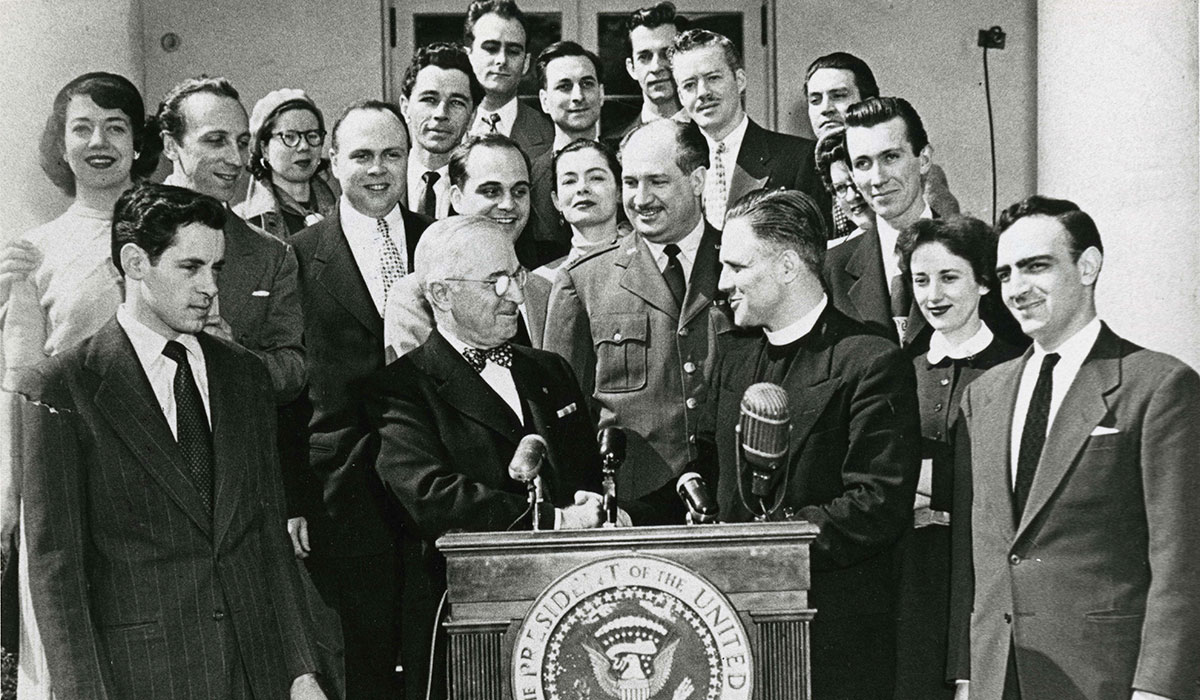 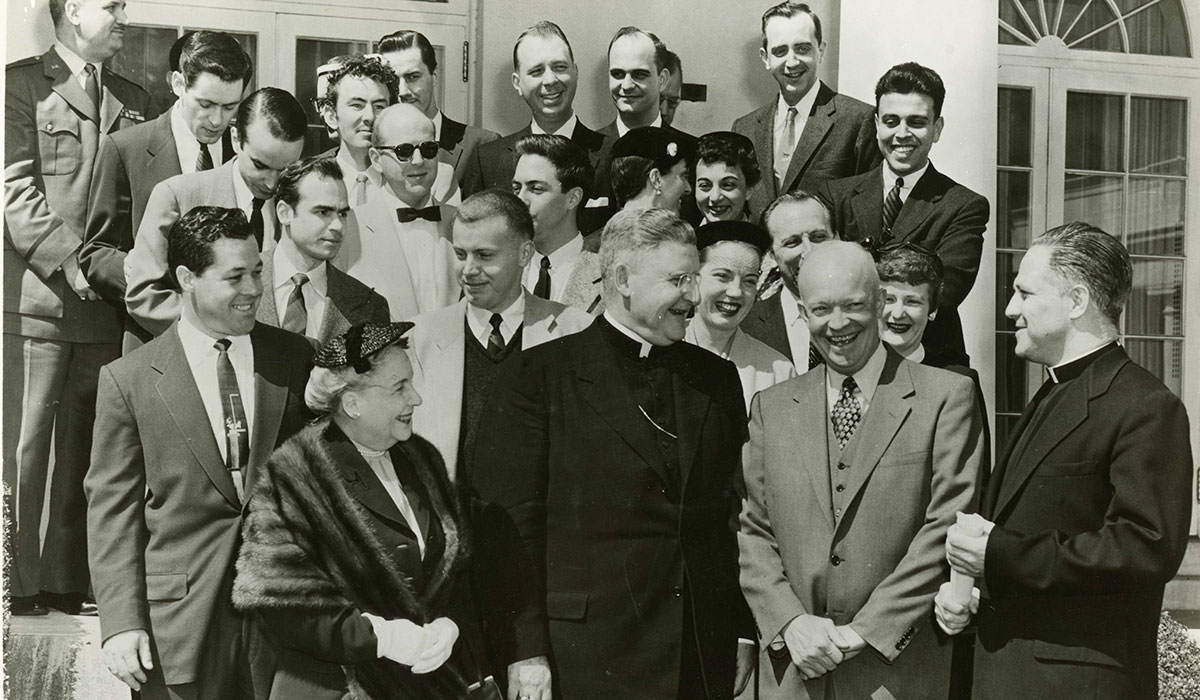 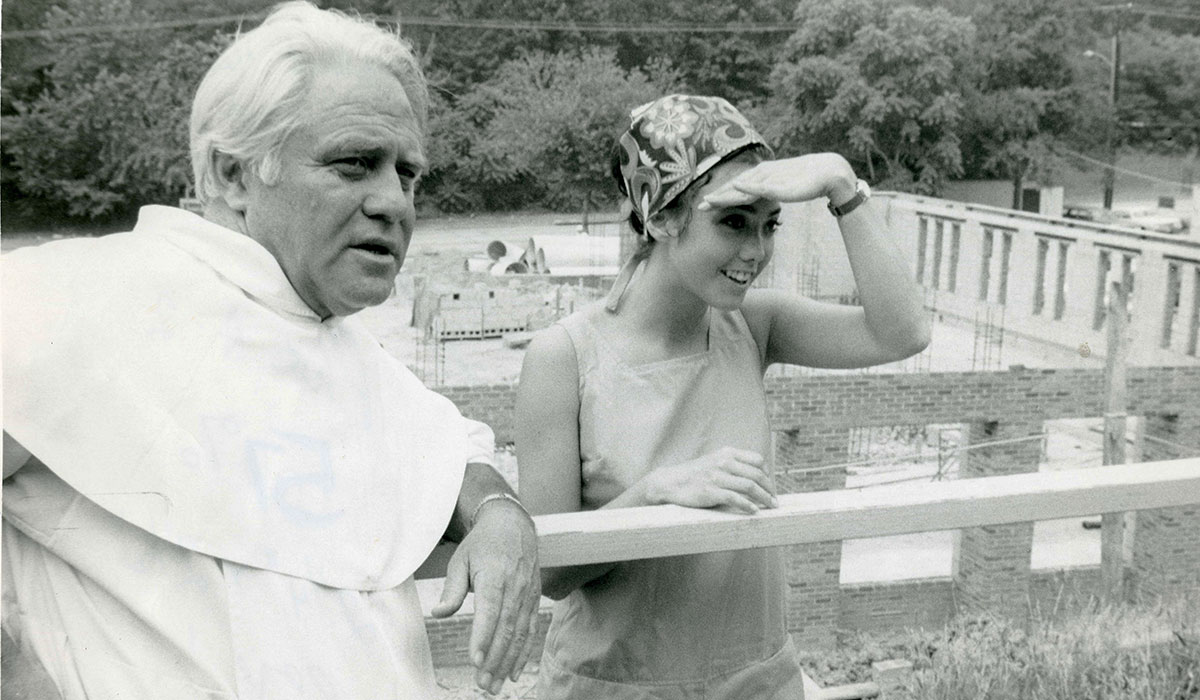 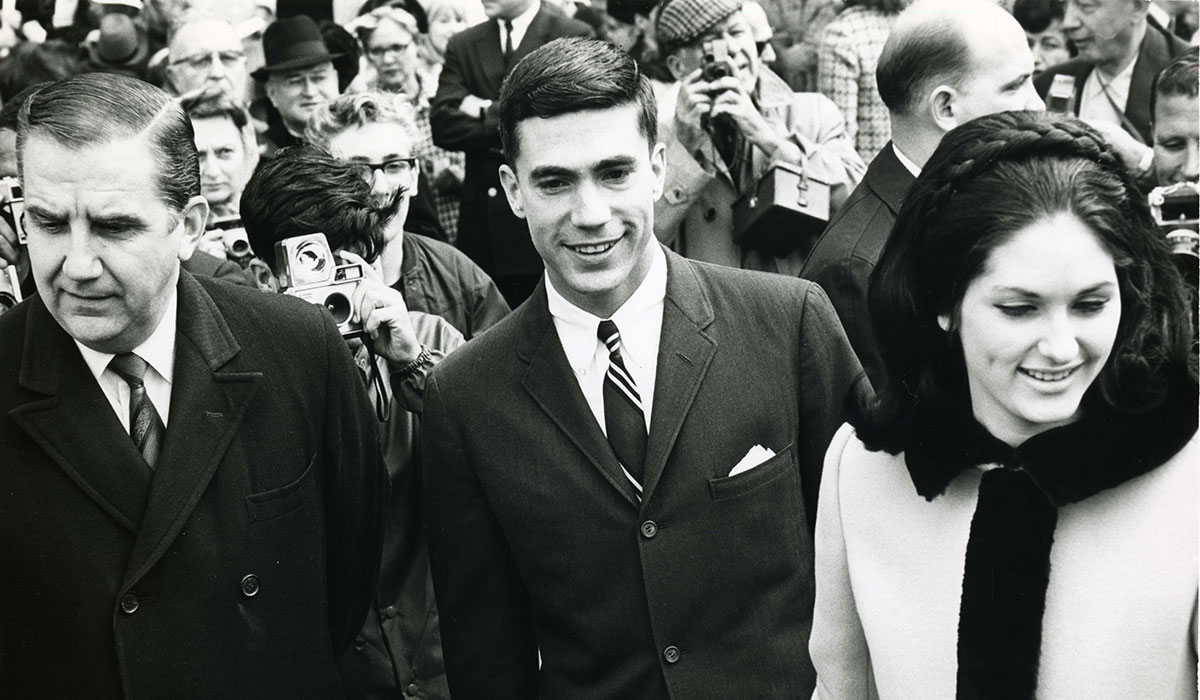 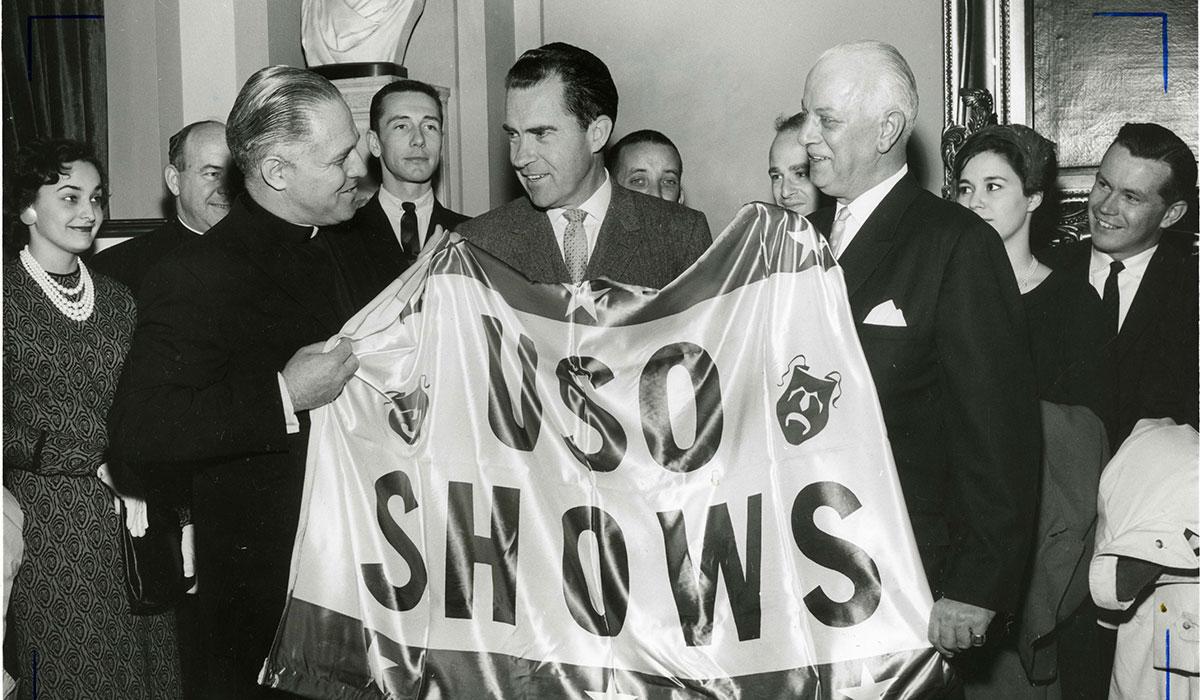 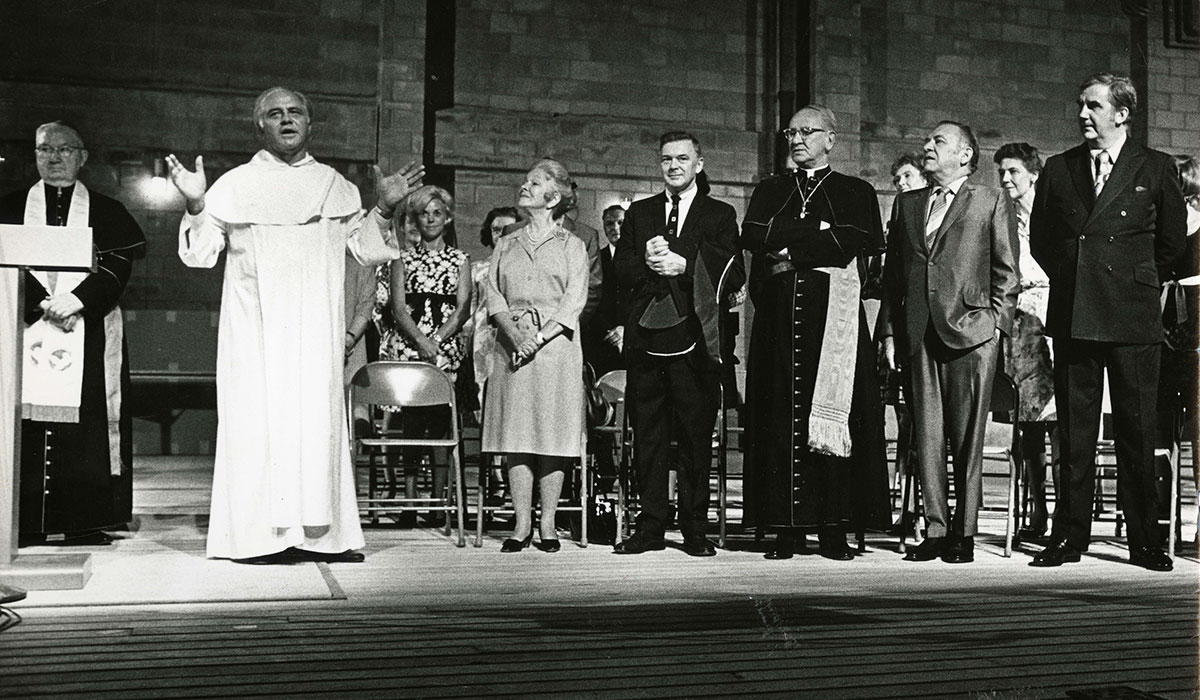 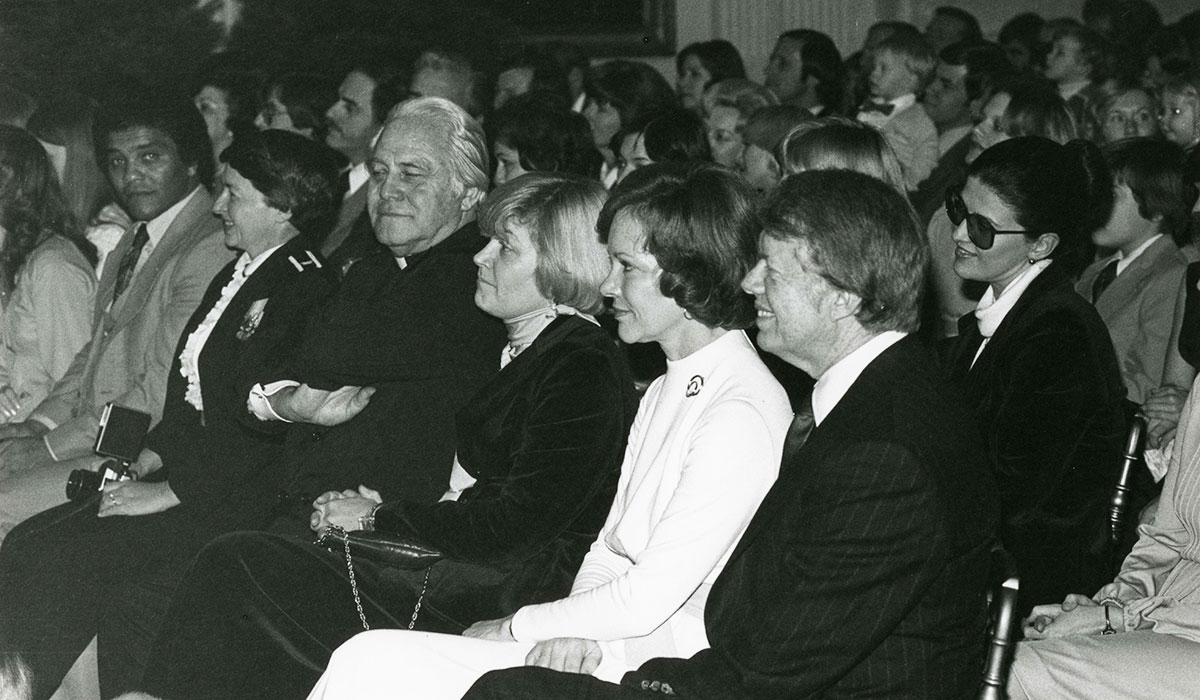